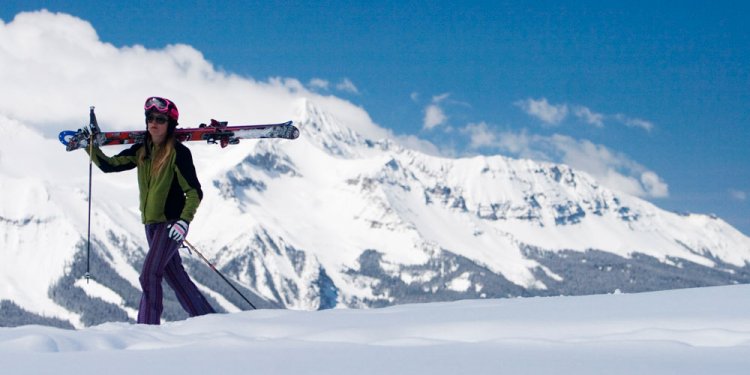 BRECKENRIDGE, Colorado – I'm a recovering California skier. I was raised skiing the Sierra Nevada mountain range at Mammoth and Tahoe. Since Mammoth offers a huge mountain and a low-key SoCal vibe and Tahoe delivers gorgeous lake views and a slightly more chic and fun après-ski scene, I never bothered exploring other ski resorts until I got older and smarter.

With time and education comes curiosity. I made it to Utah in college when my childhood best friend attending Brigham Young University insisted I join her and the non-drinking crowd (a welcome respite from flowing undergrad kegs everywhere else) to ski Alta, Park City, and Sundance. Hello, powder! Hello, aspen trees! Hello, so different and so fun! I stuck with the Mammoth-Tahoe-Park City circuit until December 2013.

A glorious morning on the slopes.

My ski-nertia was real: It took me Utah plus two decades to get to Colorado. I skied Breckenridge and Vail for the first time a few weeks ago. While loyalty is generally a good thing, I've clearly been missing out. But let me explain (defend myself). I've avoided Colorado for one simple reason: It's colder on the mountain. Colorado's elevation means loads of snow (good) but it also means colder temperatures (brrr, bad). Let's compare: Breckenridge at its peak reaches 13, 000 feet above sea level. Mammoth peaks at 11, 000, and Park City a mere 10, 000. Those 3, 000 extra feet may mean more cold, but they also mean more SNOW.

I chose Colorado because I wanted good snow in December, and there aren't that many places you can be sure to get it. In California, December snow is inconsistent: In 2012, the Sierra Nevadas had more snow than any other mountain range in the world. In 2013: nada. It was all man-made. Over New Year's week in Colorado, we got 30+ inches — on top of a huge base. (That base means the season lasts longer, well into the spring.)

You get the point: Colorado is built for skiing.

Its many mountain towns are easily accessible in less than two hours by car or on connecting flights from Denver International Airport, a huge, convenient hub with direct flights throughout the United States. Vail, Keystone, Copper Mountain, Aspen/SnowMass, are the big resorts. When you're planning a trip only a month ahead, the options narrow. Aspen and Vail are not only exorbitantly expensive; they're also booked way in advance.

Even Starbucks is cute on Main Street.

Breckenridge it was then, for lots of good reasons. It's an easy 90-minute drive from Denver. The mountain is big and varied, and skiing in and out is a given because of the many resorts and condos that are adjacent to the slopes. (Many more than I've seen at other resorts.) The vibe is laid back, but you'll find all the conveniences and amenities you want in a ski town. Breckenridge is an authentic and not overdone mining town with excellent restaurants and a proper Main Street with loads of cute local shops. (We watched business grow exponentially overnight at the Cannibis outlet when the new smoke-as-you-please law was enacted on January 1, 2014.)