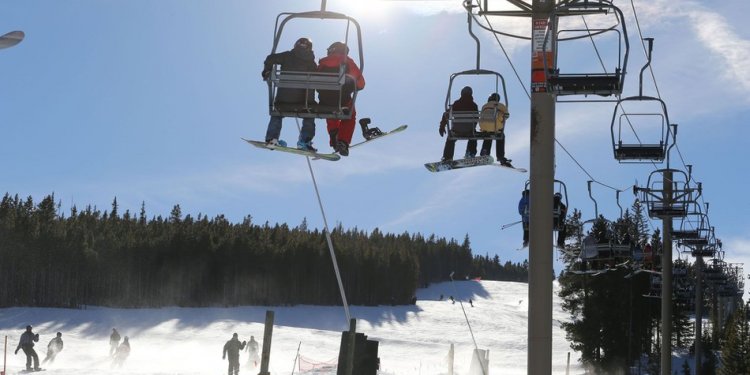 BRECKENRIDGE - Once only thought of as a sleepy little mountain ski town, Breckenridge's growth in the past 15 years has made it so much more.

Breckenridge has a population of about 5, 000 people, according to the U.S. Census Bureau's 2015 data, the most recent available. Compare that to about 15 years prior, when the town's population was at just over 2, 400.

In other words, the population has more than doubled since the year 2000.

That's probably because Breckenridge has so much to offer — and has for hundred of years.

Friday, on 9NEWS mornings, we'll take a deeper dive into how Breckenridge got started. Make sure to check it out!

The first inhabitants came to Breckenridge in 1820s for its abundant fur trapping opportunities. Historians now call this period the "brown rush."

But the first real population boom came with discovery of gold in the Blue River. When other miner's heard of the discovery they followed and soon a town was formed.

Skiing has also long been a part of the town's history. Originally, however, it was more of necessity. Miners used skies in the winter months to get to their claims.

Once mining officially stopped in the 1950s Breckenridge's population dwindled to almost nothing. So the Breckenridge Ski Area was established to bring people back into the town. And it worked.

The Breckenridge ski area encompasses five peaks spanning 2, 908 acres with terrain parks and runs for all skill levels. Already the site of North America's highest chair lift (the Imperial Express), Vail Resorts is also planning major lift upgrades for the 2017-18 ski season (like a six-passenger chair instead of a two-passenger one, for example).

Also within the resort is the Beaver Run Resort & Conference Center, a massive hotel and meeting center located right at the base of Peak 9.

And even if skiing's not your thing, the town of Breckenridge has plenty to offer on its own.

Shopping and dining in Breckenridge

The 5.3-square-mile town has 2, 200 developed acres, including 41 acres of town-owned parks. With just under 300 restaurant, bars, shops, boutiques and food and liquor stores, the town has something for everyone.