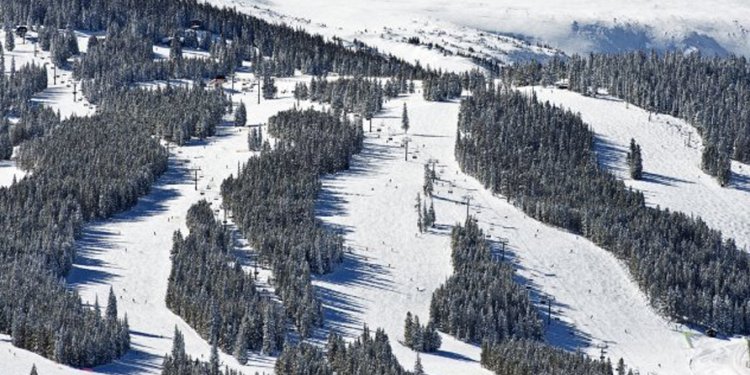 Breckenridge, Colorado weather is one of the best-kept secrets: The winters are spectacular, and the summers are even better.

If you ask any local in Breckenridge why he or she decided to settle here, you'll almost invariably get the same answer: "I came for the winters but stayed for the summers"

World-class skiing, light champagne powder and plenty of sunshine between snowfalls (average snowfall in Breckenridge 320 inches) draw winter sports enthusiasts here. Winter seems relatively mild, compared to what many Midwesterners and Easterners are used to. Long stretches of cloudy, gloomy days are extremely rare; once it snows, the sun usually pops out again to deliver a bluebird ski day. The sun warms the air, which doesn't hold as much humidity as the East and Midwest, so winter days feel warmer and often lead to sunburned faces!

The average humidity remains around 30% throughout the year, and the area boasts an average of 300 days of sunshine per year. The average warmest month is July, when most of the average precipitation occurs. The coldest month is January.

In winter, snow rules the days' activities; many locals take off on a powder morning to catch the freshies. But if you don't like skiing or snowboarding, Breckenridge offers plenty of winter activities, including snowshoeing, snowmobiling, cross-country skiing, dinner sleigh rides, ice skating (both indoor and outdoor), ice fishing and dog sledding.

The summer season is becoming increasingly popular in Breckenridge. While the Breckenridge winter temperature averages about 28 degrees Fahrenheit, the weather is quite comfortable in the summer, averaging around 70 degrees during the day and dropping to about 50 degrees in the evenings, then getting cooler throughout the night.

Many Denver residents visit Breckenridge in the summer to escape the blistering heat. In the last decade or so, summers in Breckenridge have become increasingly busy. Combine mild temperatures with sapphire blue skies, emerald forests and meadows and white snow-capped mountain peaks, and you'll see why Breckenridge is almost as popular in the summer as it is in the winter. And, of course, the town has no shortage of summer activities, including hiking, biking, kayaking, fishing and golfing on the world's only Jack Nicklaus designed 27-hole golf course.

Breckenridge, Colorado is a world-class resort with great weather and year-round activities and events that will leave you hard-pressed to find yourself bored any time of the year.

The town’s historic district is one of…
September 4, 2021

Breckenridge, Colorado weather is one…
August 23, 2021