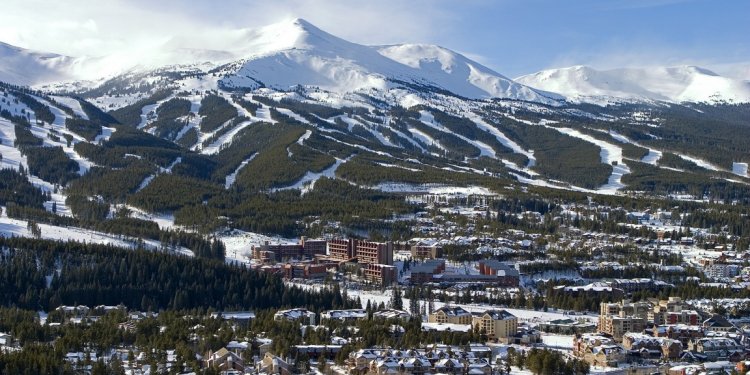 When I was growing up in Breckenridge, Colorado in the early 1970s I never gave a second thought to the old cabins, the abandoned mines and the various stories people told about the history of this small mountain town. All I knew was that the mountains provided the perfect winter playground for whatever activities I could dream up; skiing, ice skating and sledding were just a few of the things I embraced. I spent countless hours exploring everything the Rocky Mountains had to offer.

But with Breckenridge’s 150th Anniversary rapidly approaching I thought this was the perfect time to explore some of its history. Established in 1859, Breckenridge is the product of the glorious days of the Gold Rush. Main Street ran parallel to the Blue River and was the lifeblood of the burgeoning mining camp. On July 23, 1887 Tom Groves emerged from the mountains carrying one mother of a golden nugget. “Tom’s Baby”, as it became to be known, weighed in at a massive 13-½ pounds and was the largest gold nugget ever found in Colorado. By the time the railroad arrived in 1882, Breckenridge had been transformed from a small mining camp into a community complete with a post office and a church.

But the glory days of the gold rush could not last forever. The first half of the 20th Century was a time when the sleepy little mountain town lay dormant waiting for the next “boom”. And in 1973 Breckenridge struck it rich again. The Eisenhower Tunnel bored under the Continental Divide and opened up the riches of the mountains to everyone. The snow, or “white gold” of the mountains, called to people near and far. Suddenly I had a strong desire to hop on westbound I-70 to visit the mountains and the freedom of my youth. I wanted to share all of this history and adventure with my family, but first we needed a place to stay.

A friend of mine recommended I contact Ski Village Resorts. She had stayed with them many times and was never disappointed. So I decided to check out their web site before I jumped into anything. Everything seemed straightforward. They had photographs of all their properties readily available. There was a description of every unit, and it was easy to tell exactly where I would be staying. After doing some serious research on their web site, I decided I was ready to take the next step. The next morning I gave them a call (1-888-972-8200) and was greeted by a polite woman who answered all of my questions and booked a four-day vacation in a three-bedroom town home. I was so excited about our adventure, so I packed our bags and the kids and headed for the hills.

When I arrived at the Ski Village Resorts offices on Main Street I was welcomed with open arms. They handed me a complete packet with directions, contacts, and activities and offered to help me with anything else I might need during my stay in Colorado’s Kingdom. After a short drive to the town home I was delighted to find the accommodations exactly as advertised. The unit was clean and the kitchen had everything I needed; right down to the Ski Village Resorts oven mitts. Boy, these guys don’t miss a beat! Feeling extremely relieved and relaxed, I loaded up the boys for a trip down memory lane. Clearly Main Street is still the heart and soul of the town. As we strolled down and checked out the shops and museums I was struck by the fact that we were traveling the same path that Tom Groves did as he cradled his golden “baby” through town.

This old Victorian town still has the facades of the past, but don’t be fooled. The fun was just beginning. Over the next two days I took the boys skiing and skating and sledding! And Ski Village Resorts helped us arrange it all. We explored every nook and cranny and each and every night we returned to our wonderful haven. The town home was like our home away from home. We lit fires in the fireplace, cooked spaghetti in the kitchen, and the boys took bubble baths in the jet tub. Needless to say, we all slept well in the cozy beds and woke up ready for the next day’s activities.

When it was time to check out and return to the city, I made one final stop to 109 North Main Street. It was bitter sweet to return our keys to the folks at Ski Village Resorts. The four-day adventure had been nothing short of fantastic. I returned to the city with a new lease on life. The city is where we live, but from now on we have a mountain retreat we can call home. They say you can never go home again, but I beg to differ. Every time I call Ski Village Resorts and book another vacation I know that those feelings of freedom and the crisp mountain air is just around the corner. And rest assured, the white gold that covers the Rockies is no less precious than the gold they found within almost 150 years ago. Our time here is to be treasured.