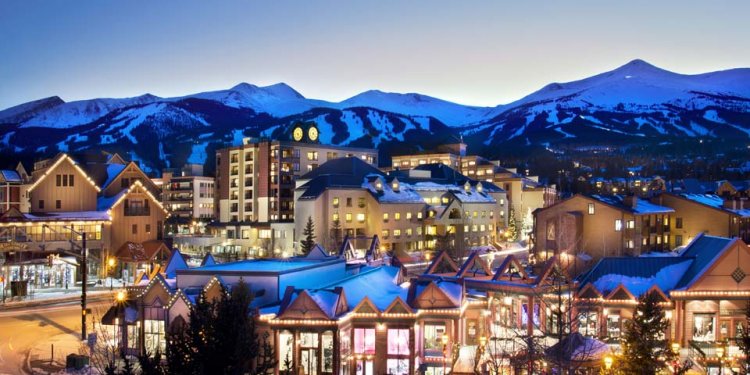 Buying a Breckenridge condos or townhome is the most economical way to enjoy all of the activities and amenities Breckenridge real estate ownership has to offer. Breckenridge condominiums and townhomes are cheaper than single-family homes, and they're especially suited to second-homeowners, because you don't have to worry about exterior maintenance.

Just pay your monthly dues, and water, sewer, garbage, and sometimes heat, are included. Landscaping is taken care of, and the association oversees such details as annual fireplace or boiler inspections. Some condos even come with a pool or hot tub (some Breckenridge condos closer to the ski area share a village pool, which you can take a shuttle or a short walk to).

Breckenridge Condos ranges from luxury, ski-in/ski-out condos to older, more affordable condominiums scattered throughout town. Breckenridge condos are perfect for short- or long-term rental, or for use as a family escape. They're great for resale, as many locals start in condominiums or townhomes before buying single-family homes, and they're also popular for second homeowners.

Breckenridge condominiums range from posh ski-in, ski-out or in-town residences to those farther from town, closer to Boreas Pass.

If you love to ski and want the convenience of living close to the slopes, or if you want strong short-term rental income potential, a ski-in, ski-out would be your best bet. Many are newer, Breckenridge luxury condos built about a decade ago or less, while others are older.

One of the ultimate - and the newest - development is One Ski Hill Place, at 1521 Ski Hill Road. It's comparable to living on the beach, in that it's steps away from four lifts at Peak 8. This is a deluxe resort, complete with a bowling alley, movie lounges and amazing RockResort service. Crystal Peak Lodge Breckenridge condominiums is another new, very upscale complex on Peak 8.

Some Breckenridge condos have the best of everything Breckenridge offers - they lie within a short walk to chairlifts and to restaurants, bars and shops on Main Street. Residences like Pine Ridge Condo are two blocks from Snow Flake Lift, which goes to Peak 8 and 9, and one block from downtown. They're considered Breckenridge ski-in condos, since you can ski down a run and end up right at your condo. Like Park Place Condo, which is also in the neighborhood, they were built in the early 1980s. Other condos for sale Breckenridge Colorado choices in the neighborhood include Sawmill Creek, Winterpoint, Blazing Saddles, Sunset, Sundowner and Cimmaron. Four O'Clock Condos were built in 1972, and they border two ski trails on Peak 8. River Mountain Lodge is on the other side of North Park Avenue, across from Sawmill Creek..

Peak 9 also offers condos at its base. Breckenridge condos such as Powderhorn are 100 yards from the 6-person chairlift and the same distance to Maggie Pond. Main Street is only a block or two away. Other condos in this location are Timbernest, Marriott, Snodallion, Tannenbaum, Corral, Main St. Junction, Ski & Racquet Club and Mountainwood.

Los Pinos Condos were built in 1997 and sit between Snowflake chairlift and the base of Peak 9. Elk Ridge, Chimney Ridge, the older Beaver Run Resort, the newer Grand Timber Lodge, Saddlewood, Highlander, and Westridge Townhomes are also in this area.

LIftside condos are more affordable ski-in, ski-out condos on Peak 9 because they were built in 1984 and only have studio units. They have the benefit of underground parking and a 24-hour staffed front desk.

Village at Breckenridge overlooks Maggie Pond, Breckenirdge Ski Area and Main Street, and it is located between the Quicksilver chairlift and Main Street. The thing that sets it apart is it's a hotel-type resort with bell service, on-site management and a private shuttle. Though it's older, built between 1979 and 1984, the upside is that it has established a great rental history with returning clientele. Condos in the same area include the newer Main Street Station, Water House on Main Street, Der Steiermark, The Cedars, Park Avenue Lofts, Trails End and The Chateau.

Some ski-in, ski-out duplex have the added benefit of being next to a creek. Tyra IV Riverbend Lodge is on Four O'Clock Road, next to the Snowflake lift, and close to Main Street. Built in 1999, they have newer features like radiant floor heating and elevators. Other older Tyra complexes are nearby, as is BlueSky Breckenridge.

We have been raising and training Siberian…
January 18, 2021

The Village at Breckenridge condominium…
May 3, 2018