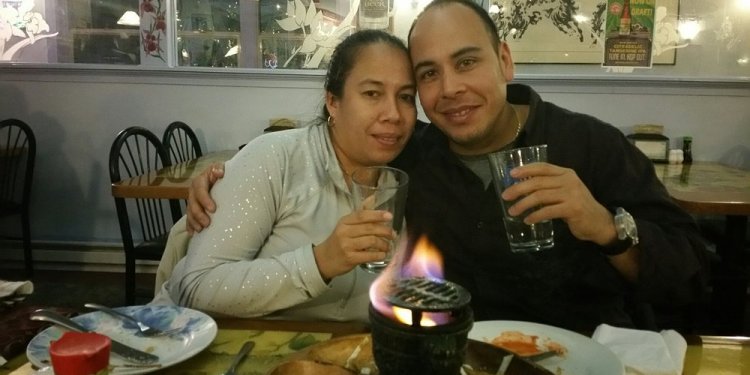 Everything about this place was great. We were unsure because if the rating, but decided to check it out any way. So very happy we did. We had 4 entrees: schechwan chicken, sesame chicken, chicken with vegetables, and sweet and sour chicken. All of which were so delicious. Their service was super fast, they worked as a team to make sure we were taking care of. Our soup came out about 3 minutes after ordering it and our food came out about 15 minutes after ordering. I definitely recommend eating here!

In town and needed a quick bite. Big mistake. We both got General Tso Chicken. It was garbage and I will never go back. Should have known better when the place was empty at 6pm on a Wednesday night.

Take out was great - sesame chicken, tangerine chicken and fried rice, tons of food + leftovers for 4

One of my favor places to eat at Breckenridge! Great service! I love to come back here after skiing. I STRONGLY recommend Pai Thai and Tangerine Chicken! They are delicious!

The food at this restaurant was very basic. Not great but not bad either. The buffet has very few items on it, and was definitely not worth the money we paid. The employees did not seem to be interested in providing customer service when we walked in. The Lo Mein was cold. It is not very good when the best item on the CHINESE buffet is their FRENCH FRIES. I would highly recommend exploring other options before choosing to eat at this place.

We were there yesterday at around 7:45 pm. Only two families sitting down for dinner. One waitress and one cashier. The cashier spoke Madarian to us and of course we conversed in Mandarin with him. So we thought the food will be at least good. But we found out that they have Mexicans cooking in the back and NOT real Chinese chiefs! ! The food we got was just barely OK. I mean even the cheapest Chinese restaurant in Los Angeles is way better!!! We spent over $79 for the family of 5. and had lots of left overs. The fried rice was very very very very dry. The white rice tasted like paper, barely edible. In the end we were still somewhat hungry, but just can not eat the food we had in front of us. We left in disappointment.

Came in to town early evening after a 10 hour drive with 4 hungry kids in the car who all just wanted rice and orange chicken. After we checked in and got settled we went to this restaurant at around 9:15 and were told that they could only take our order to go because they close at 9:30. I kindly asked if we could eat inside as my children were all too hungry and we just wanted to sit and enjoy a good meal. They were kind enough to allow us. Service was fast and great, and food was fantastic. We will be back!

I come to Breckenridge twice a year, but this is the first time I visited this restaurant. I came in 15 minutes before they closed the lunch special which is a smorgasbord of multiple dishes. Unfortunately they had already closed the smorgasbord. I was hungry and decided to order multiple dishes which I could eat during the next several days. the bill came to approximately $150. My wife, granddaughter, and I sat down to eat a wonderful meal. Some of the best Chinese food I have ever ate. The sesame chicken was out of this world; crunchy on the outside and soft on the inside, and a wonderful sweet taste! General Tao's chicken did not disappoint! The shrimp fried rice and the shrimp in garlic sauce we're just okay as I've had better. I prefer my egg foo young made Cantonese style but very few Chinese restaurants make it that way including this restaurant. The the hot and sour soup was good but a little different than what I'm used to. Overall it was very good and that is why I rate this restaurant 4 stars. Next time I'm back in town, 6 months from now, I will be sure to stop by this restaurant, but be more selective in the choices I make. A recommended restaurant in Breckenridge, Colorado.

Wow... What an absolutely HORRIBLE experience. Let's start with the HORRIBLE service. We arrived for a 7:45 reservation, we are now leaving at 10... A waitress did not come for 30 minutes. The real travesty is that they only had 1 waiter working the whole time. She was very stressed; I felt bad. We almost walked out and should have! Canteen next door is much much better. They also forgot a lot of our soups. I also was upset by our waitress. She did not speak English very well and didn't understand why I wanted the vinegar sauce. Little did she know I needed it for my chicken fried rice because. The food also SUCKED. Very average. At least they bring you a lot of rice. Stay away for from this place. Let's get another burger and beer joint in this town!

I was wary about the negative reviews, but I was very pleasantly surprised by the food and speedy service here. Several tables were full and it was dinnertime. The food was really fresh (super hot!) and our party of 4 was super satisfied with our plates. We will be going back to try the lunch buffet to get a better sampling! :) Our only complaints were that some of the things on the table weren't properly wiped down and we thought it was a little odd that the hostess was wearing workout clothing (yoga capris and a tight tank for work?) I feel that the reviews are needlessly low for this spot, so 5 stars to bring it up a little, even though I'd rate it at a 4.5. Buffet Update: Buffet was just as great. Had a decent number of items, including General Tso's. Would recommend both buffet and menu, though I think the buffet is a great value.

Ok lemme begin with the fact that there aren't many really good Chinese restaurants in Colorado and we're in a small town. So this place was very typical American Chinese. Food was hot fast and tasty. Got beef lo mein. Lots of beef.. Tangerine chicken. Tasty. And pan fried gyoza. Dds fav. All tasty. Fair price and we were full. Staff was real nice and let ds who is 6 have more fortune cookies. That being said, I gave them a 4. In a bigger city they'd be a 3. Gotta consider location folks.

Truly awful. The best thing about this place is the location, convenient to those living in Breck but we just shake our head as we drive by and lament the fact that there is not a decent, let alone good Chinese restaurant in Breck. At best this place reminds one of very low quality Chinese take-out that can be found in abundance in any major city and that fills one with regret upon ordering and tasting the "fast and cheap" food that has not focus on quality or flavor.

Thought we'd give this place a go after living round the corner for a couple of years. Wish we hadn't - the food was bland (even the scallops and shrimp in garlic, supposed to be spicy) and a bit odd: chow mein without noodles? Pity - it'd have been nice to be able to just wander down the road for decent Chinese.