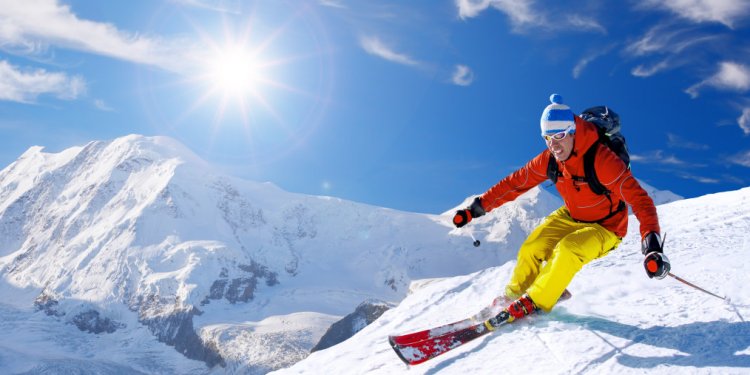 The Breckenridge ski season lasts from November through April. (Photo: ski slpe at breckenridge image by Earl Robbins from Fotolia.com )

The “Ski Magazine Reader Resort Survey" frequently ranks Breckenridge as a top North American resort.The mountain has terrain for all levels of proficiency, and the town boasts an extensive selection of nightlife and dining venues. But its lively social scene and on-mountain amenities attract huge crowds, meaning long lift lines and a lot of people on the slopes. Choosing when to go involves a strategy that takes into account crowd tolerance, weather and cost.

The Breckenridge ski season usually begins in early November and ends in mid-April. Lodging and lift tickets might be cheaper in November and April, but most trails do not open until after Thanksgiving, and some close in early April.

Crowds are largest during weekends, Thanksgiving, Christmas, President's Day weekend and spring break, which usually lasts throughout March. Midweek is less crowded, but keep in mind, Summit County schools use the slopes for physical education on Fridays, so watch out for children and teenagers if you are skiing on that day. January is the ski industry's best-kept secret. Most visitors have spent their expendable income on Christmas presents, so the slopes tend to be less-crowded. When planning your ski day at Breckenridge, keep in mind that most people eat lunch around noon. The cafeterias will be crowded, but the lift lines will be shorter. Plan to eat later or earlier if possible.

Summit County Colorado locals call Breckenridge “Breckenwind, ” referring to its windy cold conditions during certain times of the year. If you have limited cold tolerance, April, with its 48 degree F average mean temperature, is the warmest ski season month. January is the coldest, with an average mean temperature of 30 degrees. These temperature readings do not take wind-chill factor into account. Breckenridge does have one gondola, but it does not go to all points of the mountain.

Breckenridge, like all members of the Vail family of ski resorts, has excellent snow-making capabilities, but if you like deep powder, plan your visit accordingly. The Ski Info website, which lists average snowfall patterns at different ski resorts, shows January, February and March as the snowiest months in Breckenridge.

Some people like to plan their Breckenridge vacation around on- and off-mountain special events. Ullr Fest, which takes place in January, is a zany celebration that pays homage to Ullr, the Norse snow god. People dress in costumes and parade down Main Street. Visitors participate in games while musicians entertain the crowds. The festival provides off-slope entertainment, which also keeps some people off the slopes, creating better ski conditions. The Budweiser International Snow Sculpture Championships are held in late January. Contestants come from all parts of the globe and create huge, elaborate snow statues. These two events make January a fun time to visit Breckenridge.

Many lodgings offer last-minute specials in January. Check the Breckenridge website for details. Since all of the trails are open, these bargains give you more bang for your buck or slide for your skis than the early or late season discounts. January might be the coldest month, but snow conditions can make worth it your while. If it gets too cold, check your gear and enjoy the festivities in town.