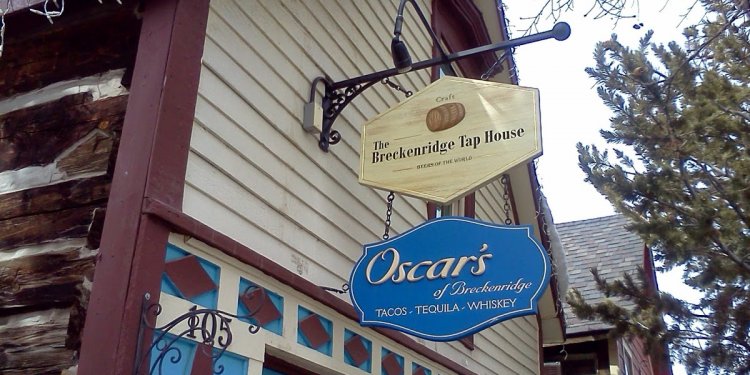 We came here for dinner VERY hungry ready to have some great Mexican. I started with a spicy margarita which was good. Three people at the table had beer. They have an excellent Mexican beer selection. The food was more the issue. $15 for three tacos is a lot but it does come with two sides. The carne asada was dry. The meat was very over cooked. The best tacos on the table were the beer battered mahi tacos. The other ones were ok. As for the sides my favorite on our table was the corn and the retried beans. Like I said the food was decent but not 5 stars. As for the service our server was great however he had an entire section by himself and he was the bartender. I think that was very unfair and made customers as well as him I'm sure frustrated. It's not fair that they would do that to him. There should be servers for the tables and he should just take care of the people at the bar. Overall 3 stars. They can improve on the food or change the prices.

Came here late at night for dinner and it was very crowded but we got a table near the entrance. Service was great -accommodating and very attentive. We both ordered the battered Mahi Mahi fish tacos. The flavor was pretty good but they were a little on the dry side, like they were missing the aioli sauce or something. And the breading was extremely heavy on the fish -could have done with about half as much. Made it a bit difficult to chomp down on each taco, let alone hold in the soft-shell tortilla! Also ordered the margarita and moscow mule -both were great. The Mule was just how I make it at home, so can't complain at all! Margarita was tasty, too!

They ran out of mac 'n cheese. But other than that this place was amazing. They accommodated our group that grew from four to 12 people in the course of an hour, with everyone receiving their checks at the same time. The lamb tacos were fantastic, and a side of roasted brussel sprouts with chorizo is just inspired. I loved the spicy margarita... tasty with tons of heat. It is small, but the service is wonderful, and the atmosphere is casual and fun!

They have a unique selection of tacos (buffalo, bourbon barbacoa) and different sides (corn and brussels sprouts!). I enjoyed my food, personally liked the barbacoa the best (very saucy) and mahi the least (dry, lacking sauce), and we just appreciated anything that is open during mud season. Gotta give props to our waiter the other night who was presumably the only one working there that night, seriously I swear he sat us, took our order, cooked our food, brought it to our table and cleaned our table.

I've had bad tacos and I've had good tacos, these definitely fall in the latter camp. Very eclectic varieties of tacos including fish, pork, beef, chicken and the like. I got the Bourbon Barbacoa tacos and they were out of this world!!! (3 exclamation points) Was kind of bumbed with the sides though. Mac-and-cheese was more like a half-warm macaroni salad and the beans were alright. Drinks were great. We stuck with the house margaritas but there was a full array of tequilas and whiskeys to please any palate. Would recommend, overall pleasant experience and decent service.

I would highly recommend not going to Oscars for a variety of reasons. 1) Their service is terrible (waited 20 minutes for a glass of water) 2) Their owners are rude and have no problem making a scene and/or yelling at their employees. 3) The salsa had no flavor and was extremely overpriced. 4) The Brussel sprouts were mushy(which was sad because I was told they were delicious). 5) I love Mexican food but this is just not worth it. Go somewhere with great service, decent salsa and that doesn't charge you $$ for tacos that will leave your stomach pissed off!

The margaritas (Imperial) was a little on the sour side, but it was strong which helped justify the $15 price tag. We ordered the 3 tacos dish to share. Our choice was the Mahi Mahi and we asked for it not to be blackened. Our bartender/server asked which two sides we wanted and we asked for Brussels sprouts and Mexican corn. When the dish came, the Mahi was like three cooked-to-bone dry fish sticks laying on greasy limp small flour tortillas. I'm not quite sure what the intent was here. Flour tortillas are soft already, if your putting them in oil why weren't they crispy? The server said they were out of corn and the brussels sprouts were inedible. Cooked to mush and I poured a puddle of oil out of the cup they were served in. The ladies next to us were told just about every side dish was now sold out. We chalk this experience up to a tourist joint. Props for the great drink. The kitchen however, was a train wreck.

Top 10 best tacos I've ever had. My fiancé and I split the chicken tacos and the bourbon barbacoa tacos. I honestly can't decide which was better, but either way the meal was absolutely fantastic. Wash it down with a margarita-I had the blueberry moonshine marg and my fiancé had the el fuego marg. I am seriously contacting Oscars to get the recipe for the blueberry margarita so I can serve it as my signature drink at our wedding. Such an awesome atmosphere-I love the chandeliers hanging down from the rustic bar! Very small space though, so get there before the crowds. Definitely coming back here the next time we're in Breckenridge!

Completely underwhelmed by this place. Nice list of beers, just completely overpriced to the point of ridiculousness. The carnitas tacos were try and bland, some of the worst I've had, a true rip off at 15 bucks.