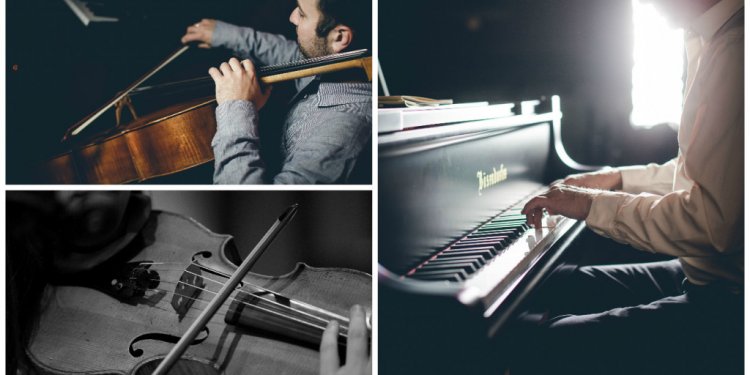 San Diego band Brothers Gow will play a free show at three20south Friday as part of a 20-stop, eight-state tour. Borrowing from a massive cache of influences, this funk-rock quintet relies on thoughtful lyrics, deep grooves and improvisational tact that allows them creative freedom during their live performances. Having acquired more than 40, 000 miles on their tour van since 2007, Brothers Gow has also had the pleasure of sharing the stage with Delta Nove, B-Side Players, Earphunk, Badfish, Tomorrows Bad Seeds, Blue Turtle Seduction and Eric McFadden Trio, to name a few. Doors open at 9 p.m., and the music starts around 10. Visit for more information.

Start a revival at the Snake

The Freeway Revival will play the Snake River Saloon today and Saturday. Weather it is a live performance or a recording, The Freeway Revival is sure to bring not only a consistent high quality of music but also a high quality of entertainment. Once you hear the beautiful guitar harmonies and subtle vocal harmonies, accompanied by an assortment of beautiful piano and organ melodies, the spell is cast and the listener is pulled into a barrage of classic sounding, everyday living music. Doors open both nights at 4 p.m., and the music gets started around 9:30 p.m. For more information, call (970) 468-2788.

The Pietasters and Big Medicine Gang will play a twinbill at three20south on Saturday. Possessing a band name that is British slang for "fat guys, " The Pietasters are a Washington, D.C.-based ska-soul band that formed in 1990, while its founding members were in college. The band has established itself as one of the most notable acts in the punk/ska scene and has shared the stage with numerous legendary punk bands and released seven full-length albums, as well as many other EPs and recordings. Tickets for the show are $12 in advance or $15 at the door. Doors open at 9 p.m., and the 21 and older show starts around 10. For more information, visit .

The Barkley Ballroom will jam to the sounds of Bones Muhroni on Sunday. Bones Muhroni, out of Los Angeles, was born in Northern Colorado. The three members — Chris "Bones" Jones, Crew "Muhroni" Rienstra and Ryan "Wy-Dog" Wykert — each bring distinct influences to the table to make for a refreshingly honest and electrifying experience for both band and listener. If you enjoy Ryan Adams, Mumford and Sons, The Avett Brothers and Simon & Garfunkel, you will also enjoy Bones Muhroni. Doors open at 6 p.m., and the music starts at 7:30 for this free, early-evening show. For more information, visit .

Reggae, funk in the High Country

Three20south will host Twiddle for a free show Sunday. Specializing in funk and reggae, Vermont-based quartet Twiddle offers a unique blend of these genres with the added infusion of jazz, classical, bluegrass and electronic elements. With the release of its debut album, "The Natural Evolution of Consciousness, " in 2007 and its most recent release, "Somewhere on the Mountain, " in 2011, the band has demonstrated its undeniable talent and creativity. In addition to its eclectic, ear-catching sound, the band offers an exciting live performance that is not to be missed. Doors open at 9 p.m., and the free, 21 and older show starts around 10. Visit for more information.

Caribou Mountain Collective, a progressive bluegrass band out of Nederland, will play a free show at The Barkley Ballroom as part of Bluegrass Wednesdays at the venue in Frisco. The trio features the unique songwriting works of Miles Perry on guitar, the blazing hot Dobro of Allen Cooke and the rock-solid foundation of Curly Collins on bass (original Mountain Standard Time member). Drawing on the revival of roots music and breaking new ground in mountain musical traditions, these young musicians perform high-energy shows that keep the house moving all night. The show starts at 9 p.m. For more information, visit .

ADVANCED Reservations are REQUIRED to…
May 18, 2021