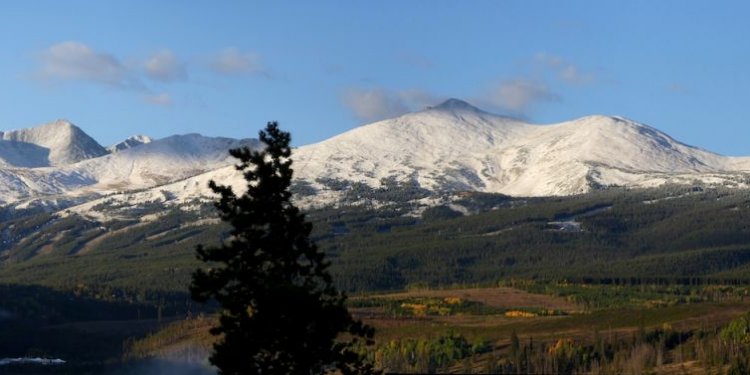 YOU ARE BLOCKING ADS

Would you mind adding OpenSnow.com to the safe list?

There will be clouds and a few showers on Tuesday and Wednesday, then we’ll have a better chance for accumulating snow on Thursday and Friday. I think the weekend will be on the drier side, then two storms will hit Colorado next week, one on Feb 28 / Mar 1 and a second around March 3-4. The upcoming pattern should be cool and showery, and good ski conditions will be the result of an extended period of lighter snow rather than a single big storm.

Monday was a gorgeous bluebird powder day at most mountains, and then clouds moved in on Monday night. Now on Tuesday morning, low clouds are covering the sky for the northern 2/3rds of the state. Here is a look at Loveland Pass with a bit of light illuminating the peaks under the clouds at sunrise.

The weather on Tuesday, Tuesday night, and Wednesday should be similar with times of clouds and a few showers, especially on Tuesday night. These showers might bring light accumulations to some mountains.

Then a storm will move across Colorado from late Wednesday night through Thursday evening. The northern 2/3rds of the state should see the most snow from this storm, and both Thursday and Friday should offer soft turns and fresh powder.

The University of Utah ensemble forecast, a collection of many forecasts, shows snow amounts in the 5-15 inch range for the central mountains (the red arrow on the left), and I think the northern mountains will be in the same boat. The red arrow on the right shows the following storm early next week.

The OpenSnow Powder Finder shows similar amounts through Saturday, with upper single-digit to lower double-digit totals for the northern 2/3rds of the state.

Reaching these snow totals from Wednesday night through Saturday will require some patience. While we could see a period of heavier snow on Thursday morning as the storm arrives, the rest of the snow will likely be rather showery and accumulate more slowly over time.

Following the Thursday/Friday storm, I think we’ll see drier weather on Saturday and Sunday, but showers are still possible as moisture lingers and the pattern remains active over the central and northern Rockies.

All models show a cool and stormy pattern over the western US and Canada through about March 10th. The animation below is the forecast from the American GFS model ensemble, which is an average of many versions of the American GFS model. The blue colors show cooler, stormier weather. The blue colors never stray far from Colorado. This is a good thing.