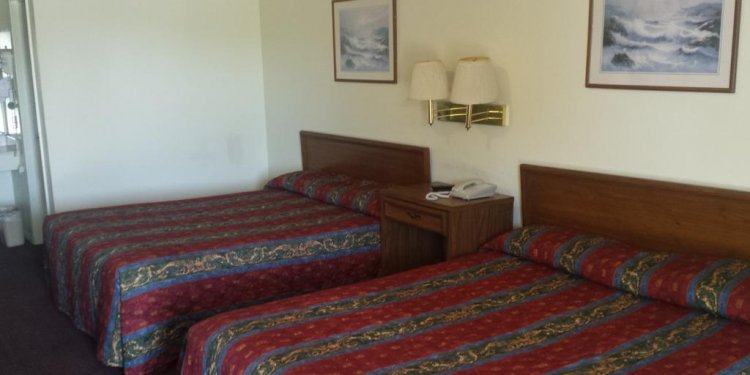 Headwaters of the Red River of the North – Minnesota Avenue West at Interstate Bridge. Breckenridge, MN. The MOST important historic site in the city. Booklet Available

Railroad Park – Minnesota Avenue between 4th and 5th Streets North, Breckenridge, MN. Restored Great Northern Caboose, monuments in the middle of beautiful flower gardens. This site has a marker that tells about the coming of the railroad in 1871.

State Wildflower Route – Highway 75 South out of Breckenridge to Minnesota Highway 9. Travel from Breckenridge to Benson, MN. Growing along the ditches are flowers and grasses of the Western tall grass prairie. Purple prairie clover, wild bergamot, tall blazing star, and butterfly weed will be visible. This is one of six wildflower routes in Minnesota.

Sites On The National Register of Historic Places

Stiklestan Lutheran Church – From Breckenridge take Highway 75 South to Doran, MN. Then take Highway 9 and cross South railroad tracks at Doran. Straight ahead on County Highway 8 for 4 miles, then turn South and go 1/3 of a mile. This church was erected in 1898.

Tenney Fire Hall – Tenney, MN. (smallest city in Minnesota). Take Highway 75 South out of Breckenridge, 17 miles to Highway 55, turn East (left) 2 miles, then North (left) and cross the railroad tracks in Tenney. Turn left, then right and the Fire Hall is on the right.

FEMCO Farm No. 2 – Highway 75 North out of Breckenridge to Kent, 12 miles. Turn East on County Highway 24 for 1 1/4 miles, then turn North on County Highway 153 for 1 mile, turn West to farm, 1/4 mile. FEMCO Farms (6) were originated by F. E. Murphy, the publisher of the Minneapolis Tribune in 1918, and is where diversified farming began in the U.S.

Old Crossing – Highway 210 out of Breckenridge to Foxhome, MN., 14 miles. Turn South on Highway 19 for 4 miles, historical markers on the left side with pullover for cars. This marker is at the location where oxcart and stagecoach forded the Otter Tail River.

McCaulyville Village – Highway 75 North out of Breckenridge to Kent, 12 miles. Turn West into Kent to Highway 22 and follow it through Kent, turns West and goes to McCauleyville, 1 mile. This is the oldest village in the Red River valley, McCauleyville was settled in 1858. Fort Abercrombie (in North Dakota) is directly across the river.

Headwaters Marker – This is the MOST historic site in Wilkin County. This is located at Interstate Bridge between Breckenridge MN. and Wahpeton, ND.

Friendship Sculpture Marker – Explains the sculpture and connection to rivers. Railroad Park – Minnesota Avenue, between 4th and 5th Street North. Tells about the coming of the railroad in 1871.

Historical Houses in Breckenridge – The Breckenridge Chamber Office has a brochure named ‘Explore Historic Breckenridge & Wilkin County’. The Chamber can be reached at 420 Nebraska Avenue, or by calling (218) 643-5244.

Virgin Prairie Hay Land & Natural Springs – A brochure can be gotten from the Breckenridge Chamber Office at 420 Nebraska Avenue or by calling (218) 643-5244.

Bois De Sioux Golf Course – Unique 18 hole facility with 9 holes in Minnesota and 9 in North Dakota. The courses are joined by a bridge spanning the red River of the North.

Chahinkapa Zoo – The zoo is located in neighboring Wahpeton, ND. The Chahinkapa Zoo is home to over 50 species of animals and birds.

Prairie Rose Carousel – The Carousel is located in Chahinkapa park in Wahpeton, ND. This is a fully restored 1926 Spillman carousel. You can listen to music as you ride the handcrafted wooden horses.

Bagg Bonanza Farm – Located 10 miles West of Wahpeton, ND. on Highway 13 and is representative of the huge bonanza farms commonplace in the Red River Valley from the mid 1860’s to the early 1900’s.

The town’s historic district is one of…
September 4, 2021

Breckenridge, Colorado weather is one…
August 23, 2021